The 2021-22 Orange Lutheran winter sports season picked up right where the fall season left off with several teams advancing to CIF-SS playoffs and another Lancer team bringing home a CIF title. 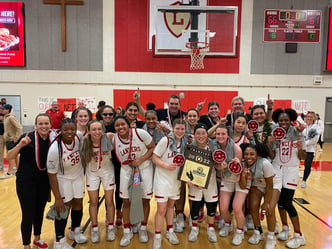 Sophomore Sheridan Kennedy led the Lancers with 18 points and 10 rebounds. Fellow sophomore Shea Joko and freshman Kelly Garrity each had 11 points on the night.

Prior to meeting up with Sage Hill in the final game, the Lancers’ championship run included dominant wins over Foothill, Chaparral, Woodbridge and Crean Lutheran.

Joko was also named 1st Team All-CIF and Garrity was a 2nd Team All-CIF honoree. Kennedy was named CIF-SS D2AA Player of the Year, and head coach Lindsay Charity was recognized as the CIF Coach of the Year. 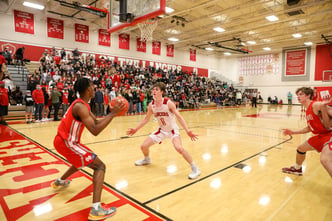 The Lancers earned a CIF-SS Division 1 playoff berth as an at-large entry and dropped the opening round to West Ranch 66-61, finishing the season at 15-12.

OLu hockey headed into the CAHA State Championship last month looking for their third straight title – and they got it. After defeating Tahoe Prep, Bellarmine and Santa Margarita in pool play, the Lancers advanced to the championship game against Tahoe Prep and brought home the banner with a 6-4 win. Junior goaltender Caleb Martinez was 4-0 in net on the weekend.

A few weeks later, the Lancers did the same in the Anaheim Ducks High School Hockey League, bringing home the program’s third straight title with early round wins over Damien, St. Mary’s and Santa Margarita. In the championship game versus St. John Bosco, OLu won the Schulman Cup with a 3-1 win and finished the season with a 23-3 overall record. 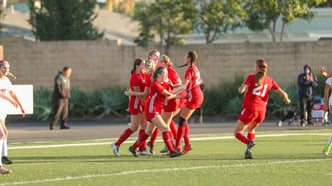 After 10 years, the OLu girls soccer program returned to the CIF-SS postseason, earning a Division 2 berth. They faced Marymount in the first round, and after ending regulation tied 1-1, junior Bella Barrett scored the sudden-death game-winning goal in overtime.

Facing Oxnard in the next round, junior Bella Barrett and senior Taylor Bloom put the Lancers up 2-0 for the victory. The win advanced OLu to the CIF-SS Quarterfinals for the first time since 2012.

The Lancers run ended in a 2-0 loss to Redondo Union, and they finished their best season in a decade at 9-4-8. Bloom and junior Grace Thao were named 1st Team All-Trinity League, and Goehring and fellow junior Sophia Tagge were 2nd Team honorees. Bloom capped off her senior season as a Division 2 All CIF-SS player. 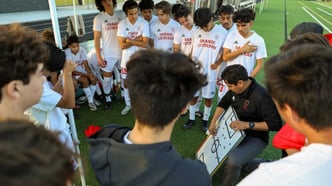 The Lancers boys soccer program ended the season with a 5-14-4 overall record that included a Trinity League win over St. John Bosco and a tie against Santa Margarita. 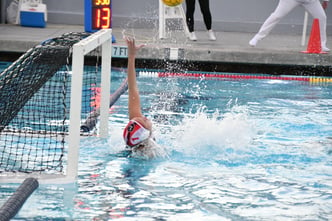 With a second place Trinity League finish, the Lancers girls water polo team advanced to the CIF-SS Open Division playoffs as a No. 3 seed and faced Mater Dei in the first round, defeating the Monarchs 9-6.

The semi-final round meant facing defending CIF champion Laguna Beach, and the Lancers fell to the perennial powerhouse 10-3. Their semi-final appearance was enough to earn the team a spot in the CIF State Regionals where they defeated Corona del Mar in the opening round 13-10. 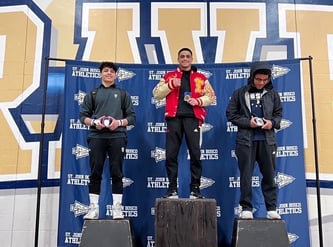 The OLu wrestling team had a stellar season, including a Trinity League champion in Dominic Lobo. The senior took the title in the 145-pound weight class after defeating Servite’s Noah Segura, who was ranked No. 17 in the state.

While none of the three advanced out of the Masters Meet to the CIF State Meet, Trinity League Champion Lobo closed out his highly successful Lancer wrestling career at 36-9 with 29 pins, a new school record. Serizawa finished the season 28-12 with a new school record of 13 technical falls. Dunwoody ended with a 30-11 record and 22 pins. 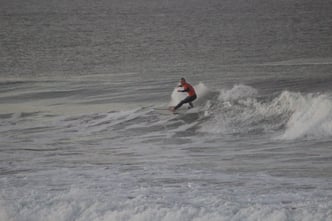 The OLu surf team concluded their record-setting season in mid-January, beginning with their 2nd place overall finish in the Seaview League.

The Lancers continued to make their mark in at league finals with five medalists, including two 1st place winners.