Orange Lutheran’s 2022 spring sports season saw not only a number of teams advance to the CIF-SS post season, but the Lancers set some school records and logged several program firsts.

The Lancers boys tennis season was one for the record books as OLu came away with Trinity League champions in both the singles and doubles divisions.

Junior Paul Dandler earned the singles top league prize and was joined by senior teammates Andrew Raab and Michael Ishizaki as they took the doubles crown. All three advanced to the individual tournament where they lost in the third round. 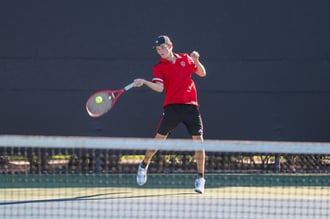 In addition to finishing in 3rd place in the prestigious Boras Classic, the Lancers baseball team reclaimed the Trinity League title for the first time since 2019 with a 13-2 league record.

Advancing to the CIF-SS Division 1 postseason, OLu defeated Bonita in the second round before falling 5-4 to Notre Dame/Sherman Oaks in a thrilling extra inning quarterfinal battle, finishing 25-5 on the season.

For the third season in a row, OLu’s softball team earned a share of the Trinity League title with a 21-9 overall record.

In advancing to the CIF-SS Division 1 playoffs, the Lancers kicked off the first round with a dominant 10-0 win over Riverside Poly. They continued their winning ways in the second round with a walk-off win in 10 innings over #2 ranked Villa Park. OLu fell in the quarterfinal round to Gahr, 7-3. 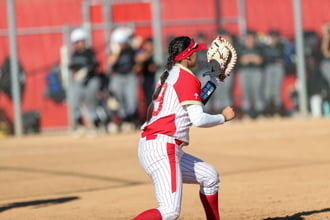 In their inaugural year, OLu’s girls beach volleyball team battled on the beach to a 5-6 overall record with victories over Corona del Mar and league opponents Rosary, Santa Margarita and Mater Dei. 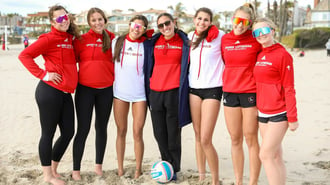 A total of 21 Lancers represented OLu at the CIF-SS Division 3 prelims, with 17 advancing to CIF finals and three to the masters meet, including Cunningham (high jump), Tauaika (discus, shot put) and senior Rebel Tuinukuafe (shot put). Tuinukuafe advanced to the CIF State Meet where she finished 13th overall. 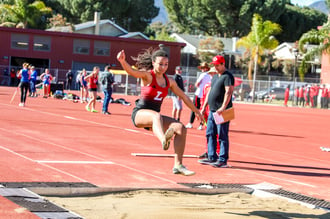 With their first official season in the books, OLu’s stunt team ended with a 5-4 overall record with the Lancers logging four wins against Goldenwest League opponents Segerstrom, Westminster and Godinez 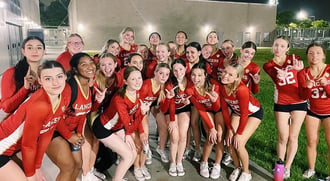 The Lancers earned a Division 3 playoff berth and dominated Long Beach Wilson for an 18-1 victory in the first round. Their second round opponent, Chaparral, edged out OLu 11-8 after a hard fought contest. 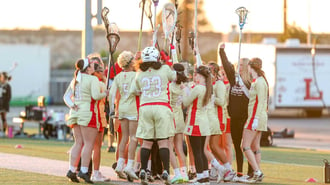 It was also a season of firsts for OLu’s boys lacrosse program. With new head coach John Padama at the helm, the Lancers achieved their first winning season (12-9), their first CIF-SS appearance and two CIF playoff wins, highlighted by a regular season victory over Crean Lutheran.

A wild card spot in CIF Division 3 postseason put the Lancers up against Damien, where they won decidedly 10-2. Their first round matchup against Millikan also produced a win, 10-6. The Lancers fell in the second round with a 6-3 loss to Crescenta Valley. 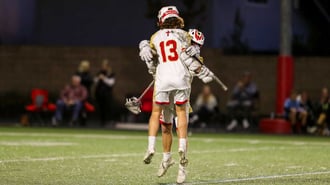 Their play earned the Lancers an auto bid to the CIF-SS Division 1 postseason, where the team scored a 395 at Western Hills Golf Course, finishing 14th. 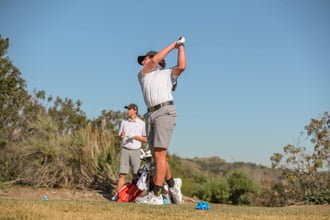 The Lancers made some noise in the pool this swim season, including a new school record.

Senior Leo Giessmann broke his own school record in the 100 meter breaststroke with a 58.64 during Trinity League prelims, earning him a spot in the CIF Individual meet. 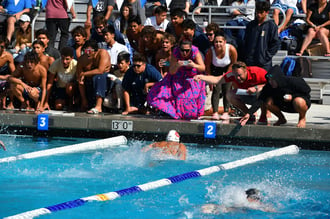 The OLu boys volleyball team ended their Trinity League play this season with a 5-5 record, earning a tie for 3rd place and forcing a tiebreaker match against Santa Margarita, which they dropped 3-2.

But their strong season was enough to earn the Lancers a CIF-SS Division 2 playoff spot. They opened the postseason against Thousand Oaks, splitting the first two sets, but dropping the match 3-1.