Orange Lutheran baseball had 2 alumni drafted on Day 2 of the Major League Baseball draft, joining Mikey Romero '22, who was drafted in the 1st round by the Boston Red Sox.

Max Rajcic ‘20, a current member of the UCLA Bruins, had his name called by the St. Louis Cardinals with pick 187 in round 6 of the 2022 Major League Baseball draft.  Rajcic becomes the 22nd Lancer drafted into the MLB in school history. 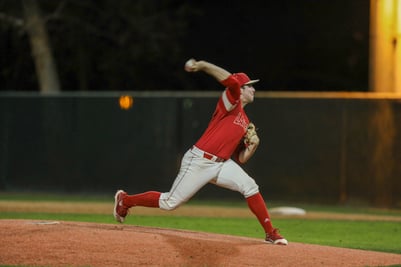 Rajcic was a standout for the Lancers during his 4-year career.  In his junior season, he went 7-0 with a 0.39 ERA striking out 69 batters in 54 innings pitched, helping the Lancers to the Trinity Leauge title.  He also was named the Orange County Pitcher of the Year by the OC Register.

“Max is one of the best overall players to ever come through the Orange Lutheran baseball,” said head coach Eric Borba. “He is a rare dual threat on both sides of the ball. He is one of only about 10 players to letter in all four years.”

Max Rajcic Selected in 6th Round of MLB Draft

The Philadelphia Phillies drafted 2018 alumnus and current San Diego Torero catcher Caleb Ricketts with pick 212 in round 7 of the MLB Draft.  He becomes the 23rd Orange Lutheran baseball player drafted in school history. 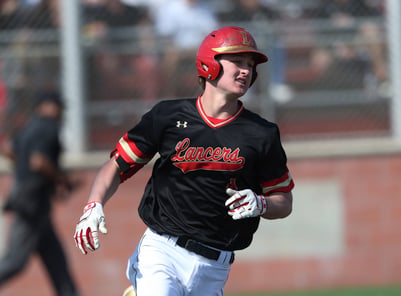 During his senior season at OLu, Ricketts batted .278 with 9 RBIs and 25 hits across 32 games.  He was a member of the 2017 and 2018 National High School Invitational championships for the Lancers in Cary, North Carolina, and a two-time All-League selection.

"Caleb is a true professional in every aspect of the word," said head coach Eric Borba.  "He has a very mature approach to hitting. He has always had the ability to hit, and the continued growth in power makes him one of the most polished hitters in the draft."

He committed to the University of San Diego out of Orange Lutheran. After successful seasons as an underclassman, he flourished in his senior season for the Toreros. He was named the West Coast Conference Player of the Year, WCC Tournament Most Outstanding Player, and Collegiate Baseball Third Team All-American. He led the WCC in hits, home runs, batting average, and slugging percentage this past spring.

For more information on the Lancers baseball program, visit oluathletics.org or follow them on Instagram at @olu_baseball.