While Orange Lutheran athletes love wearing the “L” on their jerseys and representing the Lancers, several have been able to represent their countries in international competitions in recent years.

“When I put on the USA uniform for the first time, I realized how honored I was to represent my country,” Pearson said of the experience. “The best part about the trip and representing the US was being able to play with an amazing group of women.” 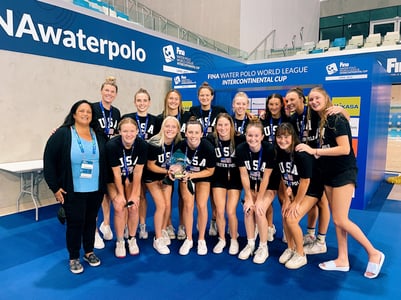 Reed Pantaleon '22, Lauren Steele '24, and Allison Cohen '26 are all current members of the USA Water Polo teams competing in the Pan American Games this summer in Indianapolis.

Pantaleon recently graduated from Orange Lutheran and is headed to Long Beach State University this fall to play water polo.  Steele was the starting goalie on the 2022 girls water polo team that made it to the CIF-SS Semifinals.  Allison Cohen is an incoming freshman to Orange Lutheran in the fall of 2022 and is the sister of Caitlin Cohen '22, who was a member of the Lancers water polo team last year.

You can follow their journey at the Pan American Games, complete with live streaming links and stats.

Emma Gonzalez ‘22, a Lancers soccer player, played for the Women's U20 Puerto Rican National Team during the Concacaf Qualifiers Championships for the World Cup. The team made history by becoming the first Puerto Rican team to qualify for the semifinals.  They also qualified for the Central American and Caribbean Games in 2023  (Juegos Centroamericanos y del Caribe) for the first time in history.  She hopes to play for the National Team again in 2023.

“The best part of this experience was playing against older girls and more experienced players from the United States,” said Gonzalez. “Competing against some of the best female players in the world is a unique experience that I will never forget. I loved playing for Puerto Rico and making history for my country.” 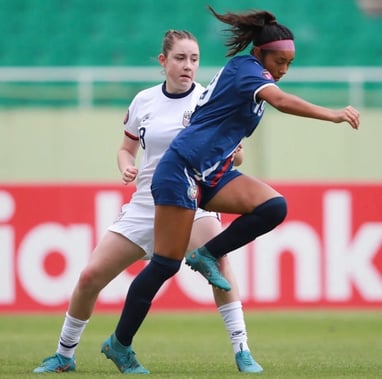 She hopes to play for the National Team again in the Central American and Caribbean Games in 2023.

Zoelle Gummeson ‘24 is a talented Lancer softball player who played for the Triple Crown Japan Junior International Team the past two summers in Colorado. The rising junior helped the team to a 2nd place finish in 2021.

“I really loved bonding with all the girls over our shared heritage,” said Gummeson. “We all immediately clicked, and it was like we were one big family. My favorite part was getting to celebrate my birthday with them on the championship day.” 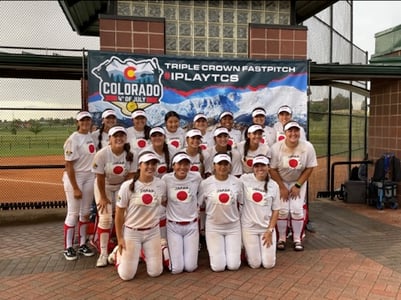 Emi Todoroki ‘24 joined Gummeson as a teammate for the Triple Crown Japan Junior International Team the past two summers.

“I loved the experience and the girls; as soon as we saw each other, we immediately clicked as friends and a family,” Todroki said of the 2021 experience. “The best part was our closing when everyone said their goodbyes and I was the one who was crying, even though I was injured and didn't even play.” 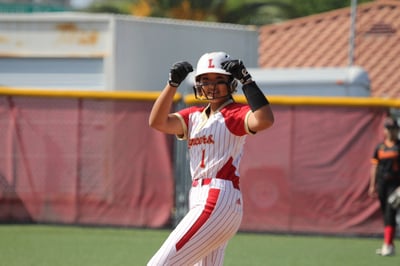 Jordyn Villanueva ‘22 plays for the U-18 Junior Mexican National Team and in 2021, her team took first place in the Mexico Cup in Mexico City. Later the same year, Jordyn’s team had the opportunity to participate in Peru at the U-18 Women's Softball World Cup and in Colombia for the Junior Panamerican Games. The team took home silver in Colombia and fourth in Peru.

Villanueva said, “The best part about playing for this team is the ability to represent your country on an international level. It's an honor to be able to play, not only for your country, but for your heritage. Being able to hear the Mexican National Anthem play while the flag blows with a silver [medal] around my neck is a feeling that I will never forget. Because of the opportunities that I have been given, I've been able to have an experience of a lifetime.” 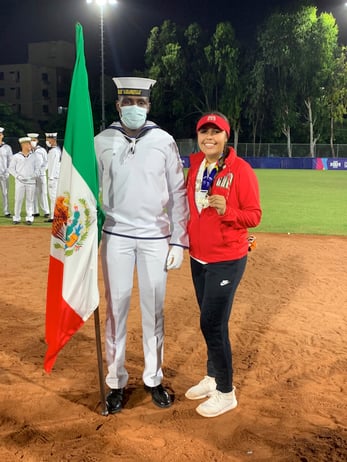 Villanueva is already eyeing an opportunity to represent Mexico in the 2028 Summer Olympics in Los Angeles.

Two-time Trinity League MVP, Kiki Estrada, is playing in the World Games for the senior Mexico National team this summer.  Estrada recently graduated from Orange Lutheran prior to her time with the national team.

“It’s a huge blessing and honor to represent a country on one of the biggest stages of all sports. It’s a great experience to play with girls who live in Mexico and connect with them on things other than softball,” said Estrada.  "Every day I thank God for blessing me with this amazing talent to be able to play and represent an entire country.” 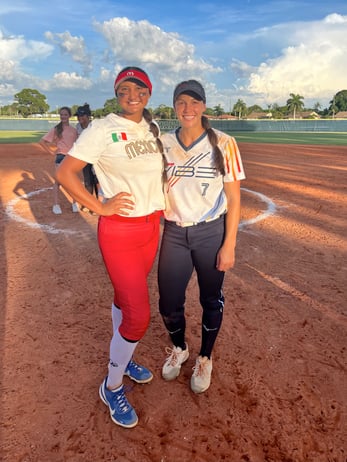 She is committed to play for the University of Arkansas and is set to begin her collegiate career in the fall.