Road to the Playoffs: Girls Basketball

OLu shot out of the gate to start the season, going 14-1 over the first 15 games.  The Lancers won 2 of their three preseason tournaments.  The first came at the Lady Spartan Classic when OLu knocked off Sunny Hills in the title game 48-41.  A month later, in the Santa Barbara Tournament of Champions, they held off Mira Costa for a 45-40 win and a second tournament title (pictured below).  The 14-1 start was the program's best since 2012-13.

The second half of the season saw the Lancers play in a couple of showcase games and run through the Trinity League schedule.  The Lancers got wins over Santiago/Corona in the Northview Classic and Brea Olinda in the Matson Classic.  The Lancers played very tough in the Trinity League but went 2-6 with both wins against JSerra.   The girls finished the regular season 19-8 overall and secured the top spot in the Division 2AA playoffs.

CIF Playoffs Round 1 vs. Foothill

The girls basketball team dominated from the opening tip en route to an 85-42 win over Foothill in round 1 of the CIF-SS Division 2AA playoffs.

OLu extended the lead at every turn.  The Lancers led by nine after the first, 15 at the half, 26 at the end of 3, and eventually won by 43.

Sophomore Sheridan Kennedy had 15 points while freshman Kelly Garrity had 14.  Madi Bogan chipped in 11 while Taliyah McFerson had 10. 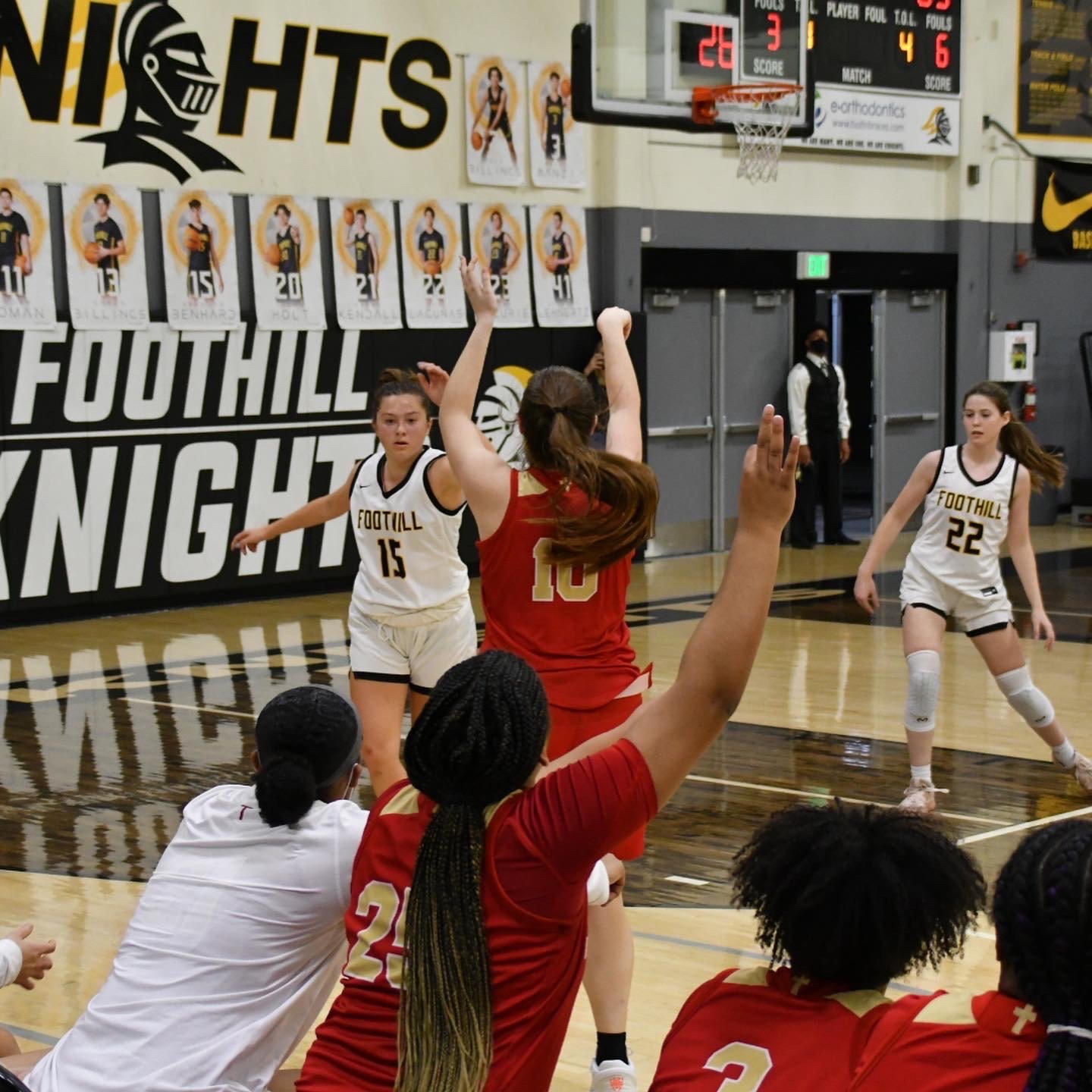 CIF Playoffs Round 2 vs. Chaparral

Coming off that 43 point win in the opening round of the CIF-SS playoffs, the #1 seeded Lancers were back on their home court for their second-round matchup against Chaparral.

Much like the first round, the Lancers didn't waste any time jumping all over their opponent.  OLu led by 11 after the first quarter and never looked back, extending their lead every quarter.  The Lancers used a balanced scoring attack led by Sheridan Kennedy, who poured in 12 points.  Ashari Cassell and Ke Beirne each had 8.

For the first time since 2019, the girls basketball team is in the CIF Semifinals after a dominant 58-19 win over Woodbridge.

Much like the first two games of the playoffs, the Lancers jumped out to a hot start taking an 11 point lead after the 1st.  At halftime, OLu had extended the lead to 22.  They bucked down defensively in the second half, giving up only 5 points.

The Lancers will travel to Crean Lutheran for a CIF semifinal showdown with the Saints on Wednesday, February 23 at 7 pm. 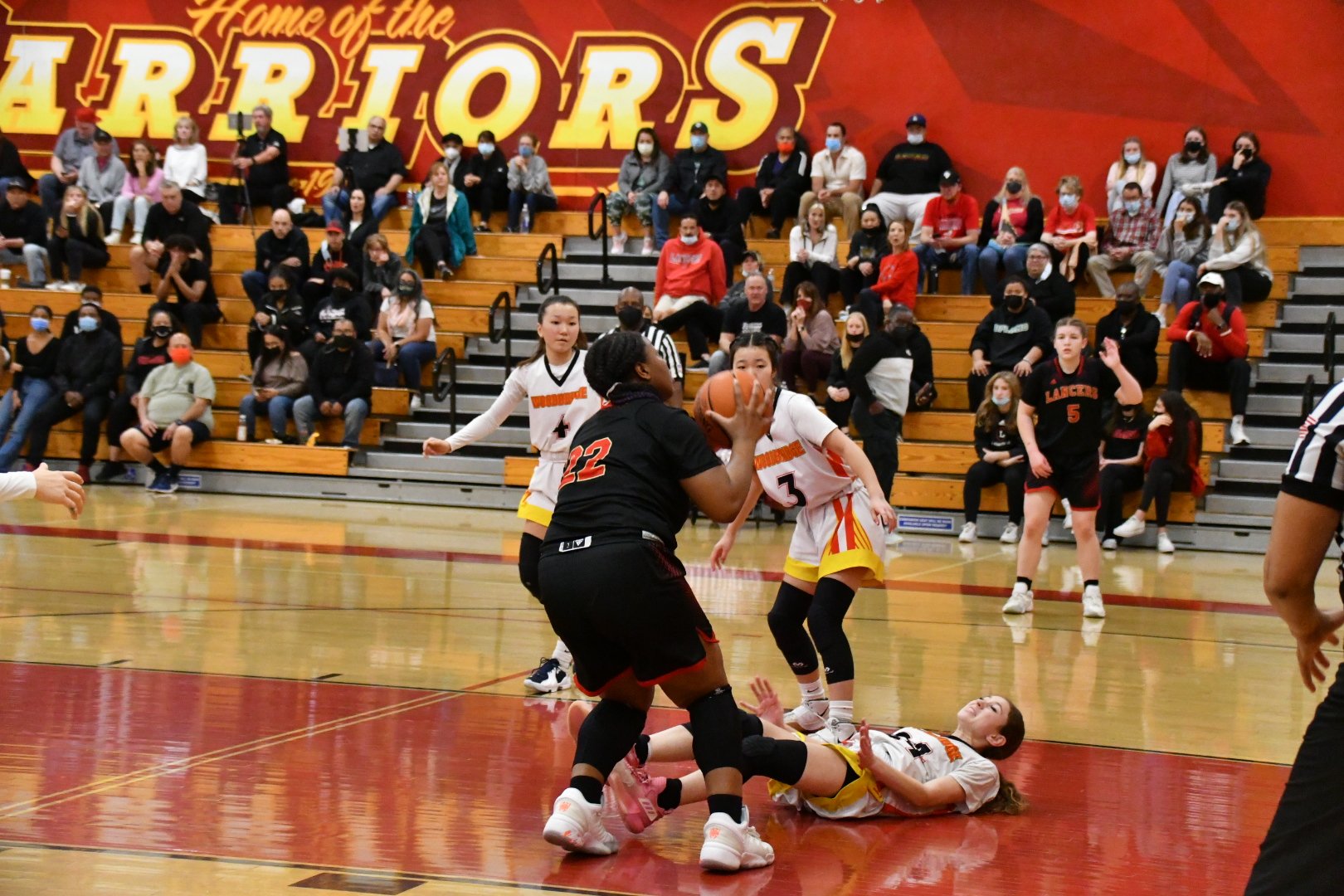 For the 8th time in school history and the first time since 2019, the girls basketball team is back in the CIF-SS Finals after a dominant 72-52 win over Crean Lutheran on Wednesday night in the semis.

Like the first three rounds, the Lancers jumped out fast, opening up a 12 point lead at the end of the first quarter.  They took a 13 point lead into the half, 34-21.

The Lancers broke it open out of the break behind a 26 point 3rd quarter.  The 26 points were the second-most points OLu scored in a quarter this season. Princess Cassell hit two key 3's to spark the run.

Sheridan Kennedy ended the game with 16 points.  Shea Joko had 15 points, all via threes.  Freshman Kelly Garrity chipped in 10.

OLu will face Sage Hill on Saturday, February 26, in the CIF-SS Finals at home at 7 pm.

For the 6th time in program history, the Lancers captured a CIF-SS TItle beating Sage Hill 66-61 on Saturday night.

The Lancers and the Lightning meeting was the 2nd of the season. Sage Hill won by 5 in the VP/Portola Tournament earlier this season.

In front of a raucous crowd in the Ellwein Center, the game got off to an even start, with the Lancers leading 14-11 after 1. Behind hot shooting, though, Sage Hill fought back in the second, taking a 3 point lead into the break.

But much like Wednesday night's win at Crean, the Lancers came out on fire in the 3rd. Shea Joko hit a deep three early in the quarter to lead a 7-0 run out of the break. And the Lancers kept at it. Joko had three 3-pointers in the quarter, and just as time expired, Mikayla Holmes knocked down a three right in front of the Lancers bench to extend the lead to 11 points. OLu ended the quarter on a 10-0 run and outscored the Lighting 24-10 in the frame.

In the fourth, Sage closed the game to 3 in the final minute before Kelly Garrity hit two critical free throws to ice it.

Sophomore Sheridan Kennedy was dominant in the post leading the Lancers with 18 points and 10 rebounds. Joko and Garrity each had 11 points. The Lancers hit eight 3-pointers in the game.

The Lancers won't have much time to celebrate as they are right back on the court on Tuesday night in the first round of the CIF State Tournament against Brentwood. Tip time is 6 pm at home. 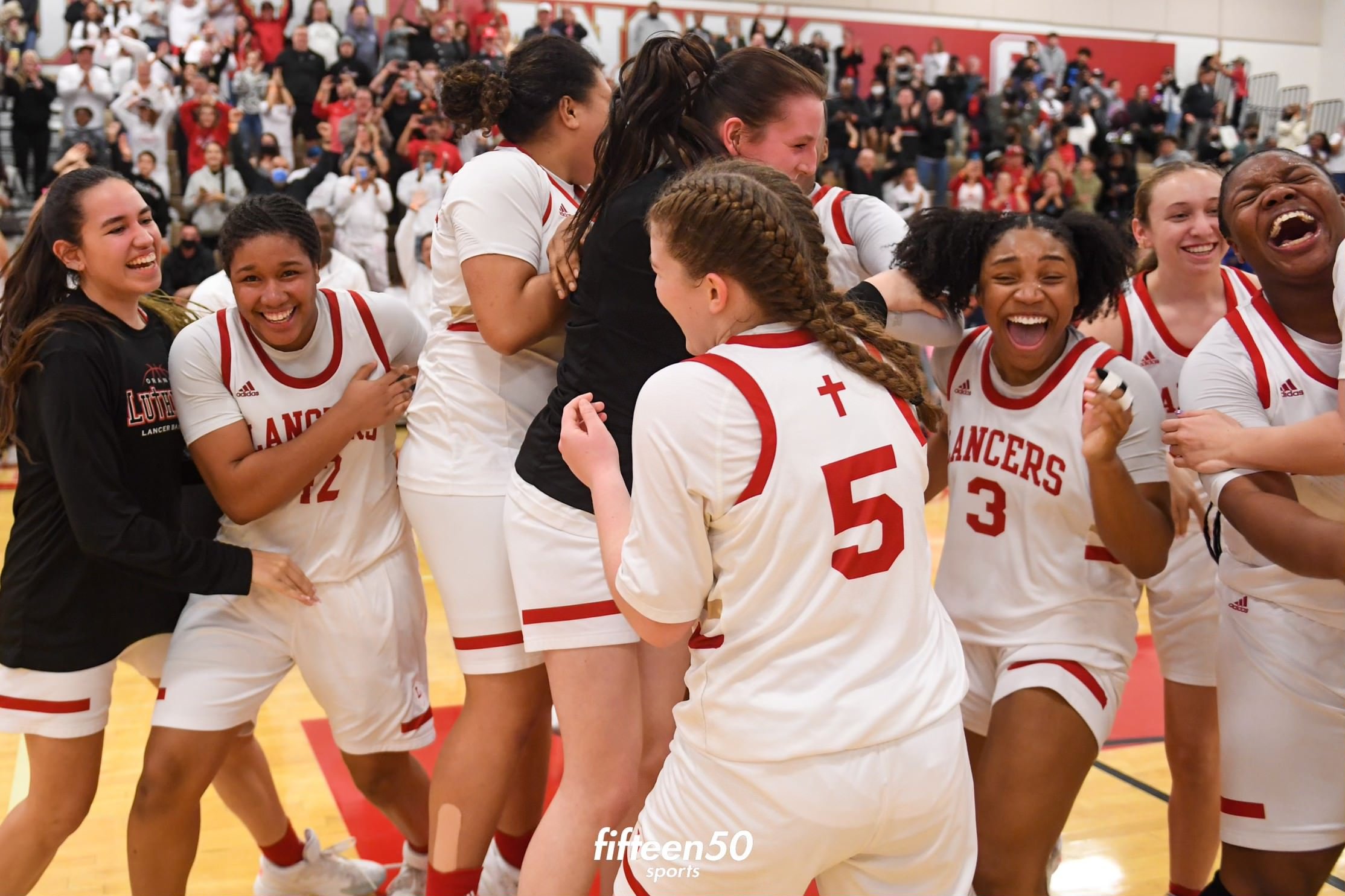 Coming off the program's 6th CIF-SS Title, the Lancers were right back in action on Tuesday night when they hosted Brentwood.  The Lancers came into the state tournament as the #5 seed.

It was a back and forth affair all night long as Brentwood led by three at the break.  The Lancers fought back to lead by one into the 4th.  With 5 minutes remaining, Shea Joko hit a 3 to give OLu a 2 point lead, but that would be their last lead as Brentwood closed well down the stretch.  The Lancers fell 60-56.
OLu finished the season with a 24-9 overall record and a CIF Title!

Keep up to date with the girls basketball team at the OLu Athletics, OLu Girls Basketball Instagram, or on oluathletics.org.