In the first round of two, junior Alexia Egdahl was lights out.  She knocked down seven birdies and held a four-shot lead into the second day of competition.  She shot a -2 72. 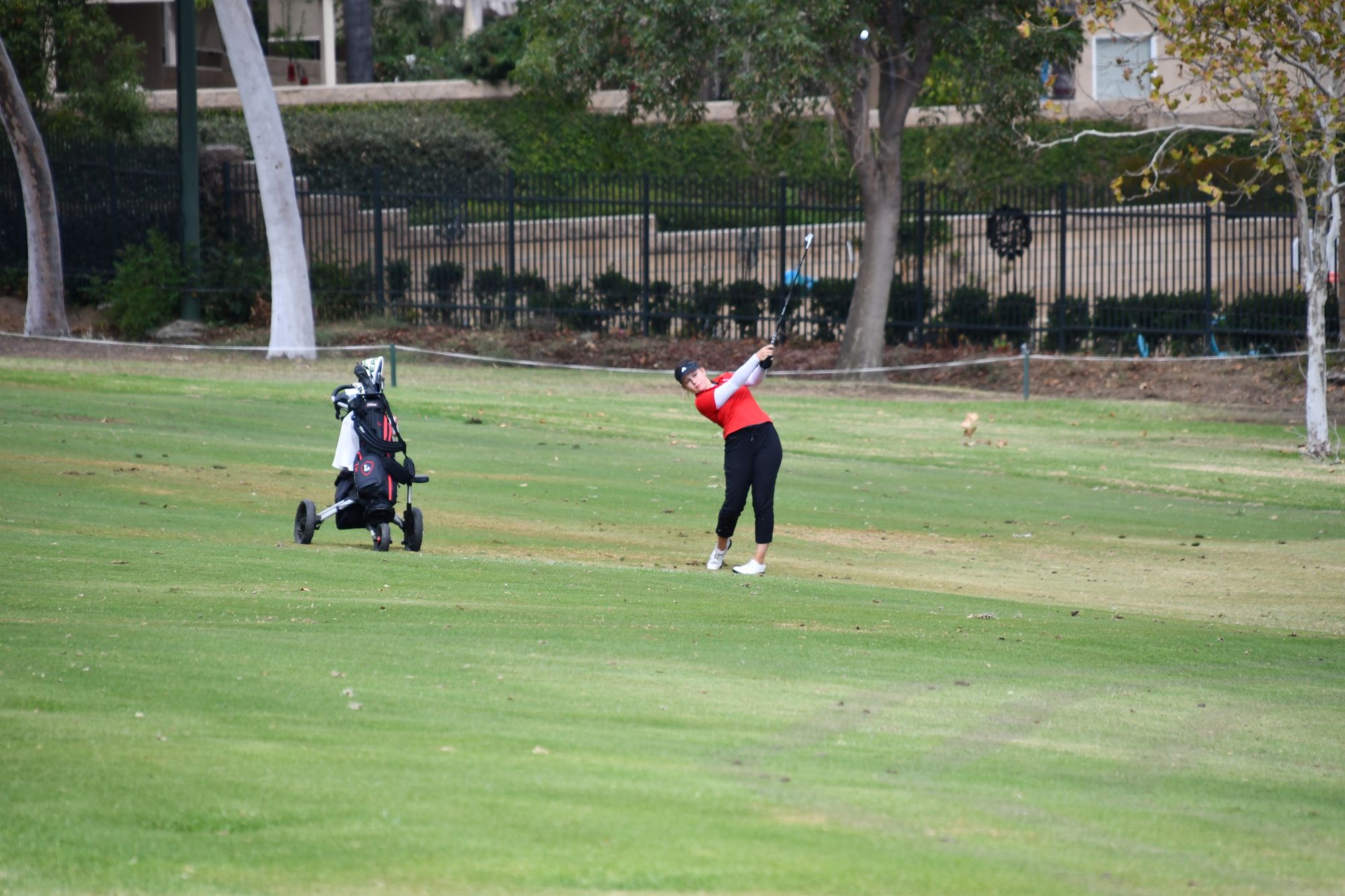 During the 2nd round, Egdahl held firm, even saving a bogey on a very tough par 4th 11th hole.  Then, she hit a par putt on 17 with the pressure on, which held her one-shot advantage.  On the 18th hole, she stuck her approach shot to within 10 feet and 2 putted for birdie to win the tournament by two strokes.
Egdahl became the first girls golf Trinity League champion in school history.  She shot +2 over the two-day tournament.
Follow OLu golf all year long at oluathletics.org.