After a year-long delay, the Games of the 32nd Olympiad officially came to a close on August 8, 2021. Here is a look back at how our Lancer alumni fared in Tokyo.

In her third Olympic Games, road cyclist Amber Neben had an incredible race and finished in fifth place in the women’s individual time trial held at the Fuji International Speedway, recording her best time as an Olympian. As the top American finisher on the 22.1km course, the 46-year old was only 11 seconds off the podium. 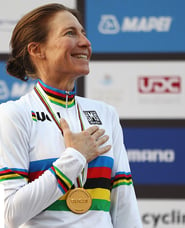 After the completion of the race, Neben appeared on On Her Turf, NBC’s show dedicated to covering women’s sports at the 2020 Olympic Games. Hosts Lindsay Czarniak and MJ Acosta-Ruiz asked Neben about her historic ride.

“It was an awesome ride for me,” said Neben. “I came for a medal, but no regrets. I left it all out there today.”

Neben continued by saying she hopes her accomplishments in her sport are an inspiration to both young and old in the areas of goal setting and chasing dreams.

The OLu alum’s next step after returning home is to prepare for the UCI Road World Championships scheduled in Belgium next month. 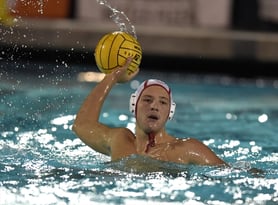 Daube and Team USA went 2-3 in group play, defeating Japan and South Africa. It was enough to advance to the qualifying round, where the Americans dropped their quarterfinal match to Spain, 8-12.

The loss put Team USA in the classification round where they won their first match versus Italy, 7-6. On the final day of the Olympic Games, the US lost to Croatia in a hard fought effort, 11-14, securing a sixth place finish.

Daube tallied eight goals in the tournament, three of which came in the quarterfinal loss to Spain. Even with the losses, the experience in Tokyo was a big step for a team that is in a rebuilding mode as they look ahead to the 2024 Olympics in Paris.

“We always want to win. We always want to be the best,” said Daube in an August 4, 2021, LA Times article. “We’re not waiting around for anything. We’re trying to do the most we can to win right now. And that didn’t go as planned.