It has been his dream since he started playing water polo at eight years old. And now Orange Lutheran alumnus Hannes Daube ’18 can say it is a dream come true – he is an Olympian.

Named to Team USA’s senior men’s water polo roster earlier this month, Daube and his teammates will travel to Tokyo later this week to compete in the 32nd Olympiad.

“I’m really excited,” says Daube. “With all the Covid-19 protocols, it will be interesting to see how everything works out. But I’m excited to be in the (Olympic) Village and see all the other athletes and just the experience. Obviously, it’s my first one, so there are a lot of surprising things coming my way. But I think it will be good.”

Before representing his country on the international stage, the former Lancer made his mark here locally as a member of OLu’s 2016 CIF-SS Division 1 Championship team, the first title for the school’s program. Daube was a two-time All-CIF 1st Team and a 1st Team All-Trinity League honoree.

His time as a Lancer on a team with a number of skilled standouts was the perfect training ground to prepare him for the next level with USC and Team USA.

“I think being at OLu was really good,” says Daube. “I played with a lot of good players and a good coach (former OLu boys water polo head coach, Steve Carrera). We were always competitive and playing against the best teams. Getting that experience at a young age was really good and helped me at USC and the National Team. It was good to start young.” 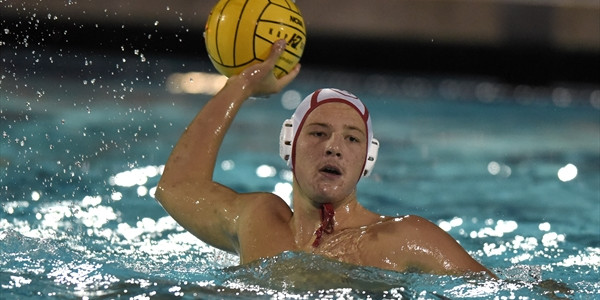 At USC, Daube made an immediate impact for the Trojans, tallying 58 goals as a true freshman and helping to lead his team to the 2018 NCAA title. His efforts earned him MPSF Newcomer of the Year and 1st Team All-American honors.

Daube sat out his third season at USC to train overseas with the USA Water Polo Men’s Senior National Team in preparation for the Tokyo Olympics. Recent international competition for the attacker includes a silver medal finish in the 2021 FINA World League Super Final held in Tbilisi, Georgia last month and a gold medal championship in the 2019 Pan American Games held in Lima, Peru.

Daube is looking forward to some intense competition in Tokyo, and he has his sights set on a gold medal.

“As a team, we obviously want to win the gold, but that takes one game at a time,” says Daube. “Individually, I want to play really well and play to the level that I know that I can play at. I just have to try to stay consistent and confident.”

Daube’s love for water polo is rooted in the competitive and unpredictable nature of the sport. And he enjoys being surrounded by supportive teammates.

“I love being really competitive,” says Daube. “Every game is different; you don’t know what is going to come, so you have to prepare for everything. And just playing with teammates. It’s a team sport. Everyone has to rally around each other. When someone’s down, you have to help them. And when I’m down, they help me. I love that.”

Hannes and Team USA will be competing in Group A of the preliminary round of men’s water polo action in the 2020 Tokyo Olympic Games at Tatsumi Water Polo Centre beginning on Saturday, July 24 Pacific Time. Click here to view the full schedule.