American road cyclist and Orange Lutheran alumna Amber Neben ’93 is back on Team USA and will be heading to her third Olympic Games later this month when she represents her country in road cycling at the 32nd Olympiad in Tokyo, Japan.

Neben was also an Olympian in 2008 and 2012, but at age 46, the chance to compete in this year’s Summer Games in what is likely the twilight of her racing career is an opportunity the cyclist does not take lightly.

“I’m excited and just in awe of what God is doing still,” says Neben. “It’s special. I’m going to say it might just be the most special of all of them in the sense of the journey, how long it’s taken to get back and what I’ve been through along the way. And just the faith element of it and how God’s worked through the pursuit of gold over the course of the three Olympic Games."

It was a long road of unknowns and no guarantees when Neben decided to work towards returning to the Olympic stage. While not an automatic qualifier, and with most of the 2020 competition schedule canceled due to the COVID-19 pandemic, she was still able to put together an impressive recent body of work, including 1st place finishes in the National Road Championship time trials in 2017, 2018 and 2019, and a time trial World Championship in 2016.

As such, it is the time trial event that Neben will be racing in Japan for Team USA as she competes against the clock on a 22.1-kilometer course at the Fuji International Speedway situated at the base of Mount Fuji. While admittedly a difficult test, she is all in and looking to medal.

“I would say I’m more of a ‘God-shot’ than a long shot, but I’ll be in the mix,” says Neben. “It’s in me to pull off a really good performance. We will see what the Lord’s got in store, but medaling is definitely the goal.”

Neben’s road as an athlete has taken a number turns. She first dreamt of being an Olympian when she was 10 years old – but not as a cyclist. As a Lancer at OLu, it was the soccer pitch where she initially made her mark, leading the county in scoring her freshman year. 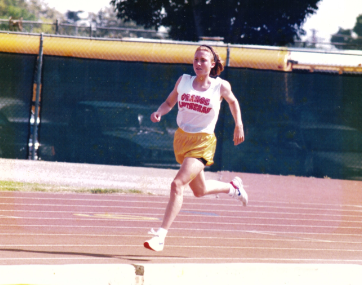 As a sophomore and three-sport athlete, Neben posted track times in the 1500 and 3000 meter events that placed her in the top 10 in the nation. Her breakout season earned her Orange County Athlete of the Year honors.

“When I had that year, and how well I ran in that first track and field season without really having trained for track and field, that’s what shifted my focus more to endurance athletics,” says Neben. “God has given me an amazing engine.”

That engine led Neben to run for the University of Nebraska, where she had big goals and dreams as a distance runner. But persistent stress fractures eventually forced her to step away from competition. What followed was a time of disappointment, questioning and prayer as she asked God why she had been given this gift but was not able to use it.

Unsure of her next steps but trusting in God’s path, Neben found her answers in road cycling, a sport she began as a graduate student while at UC Irvine. Without much training, she was winning races. Her engine had found a new purpose.

“From there, the dream was brought back to life,” says Neben. “The track and field training I had at OLu was really good at teaching me pacing – the ability to run at your limit for a specific time. That was huge and has been so valuable to me as a bike racer.”

As Neben thinks back on a long professional career that has been filled with a number of peaks and valleys, including treatment for melanoma in 2007 and serious injuries sustained from a race crash in 2013, she continues to give God the glory for the ability and opportunity to compete as an athlete.

“Cycling has been more than just a sport; it’s been a calling,” says Neben. “In that sense, I’ve been able to get to know the Lord through it. And he has strengthened me and empowered me and helped with patience, perseverance and perspective, in addition to giving me his power through this entire journey. 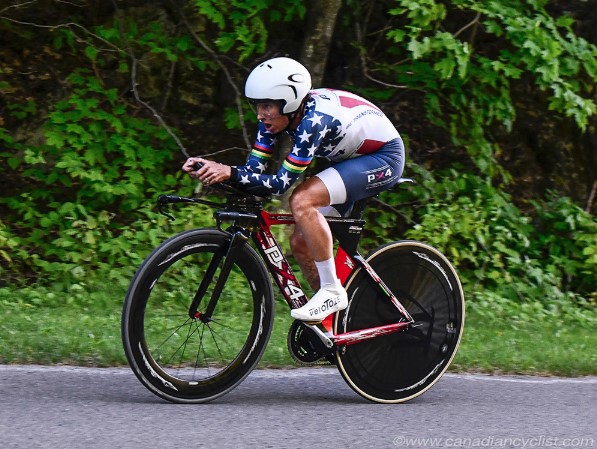 “At this point at age 46, I’m really being challenged to tap into his strength and not my own to continue to do what I’m doing,” adds Neben. “That ability to persevere certainly has come with that clarity of purpose, and then also being able to rely on him for the strength to do each step.”

Neben heads to Japan on July 17 and will compete in the Road Cycling Women’s Time Trial on Tuesday, July 27 at 7:30 pm Pacific Time (click here to watch the NBC livestream on race day). While her husband and fellow OLu alumni Jason Neben ’89 will not be able to join her due to pandemic restrictions, she knows her cheering section will be watching from afar as she gives her shot at an Olympic medal another go.

“I compete in a sport that is not very well known, but one thing with the Olympics is that it kind of transcends sports,” says Neben. “So it’s fun to be in a position to represent the USA and to be doing something that people understand. I don’t want to miss the moment. I’m so grateful for the journey. I’m so grateful for this opportunity right now, and I’m trying to soak in every bit of it.”